(Houston, TX) A pickup driver admitted to drinking several tequila shots before crashing into a Lyft car and killing its passengers. Erik DeLeon, 21, is facing intoxication manslaughter and intoxication assault charges in the deadly crash, according to Sean Teare, head of the Harris County District Attorney’s Office Vehicular Crimes Division.

DeLeon told police he had just left an establishment before he slammed his pickup into two vehicles, killing the Lyft passenger, who was minutes away from home after flying into Houston from a business trip, Teare said. The passenger was texting his wife during the ride, telling her he was almost home when the crash happened. 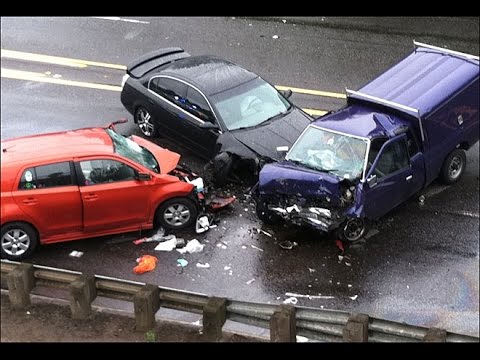 “He was literally doing nothing wrong. He was very close to home.” Teare explained.

Right around 1 a.m., a Dodge Ram pickup truck, allegedly driven by DeLeon, was northbound on Galveston Road when it clipped the back of a smaller, Mazda B2300 pickup near the intersection with Pineloch Drive, according to investigators.

DeLeon then allegedly drove through the intersection, where his pickup T-boned the Lyft vehicle, a Dodge Caliber, which was making a left turn. The Lyft passenger was pronounced dead at the scene. The 40-year-old man has not been identified. The Lyft driver was taken to Clear Lake Regional Medical Center with severe injuries, police said.

DeLeon’s intoxication assault charge could be upgraded if the Lyft driver’s condition turns for the worse. DeLeon admitted to drinking tequila at a local bar prior to the crash. Prosecutors are reviewing video surveillance from two nearby bars to determine if he was over served by errant bartenders, which could result in criminal charges for employees.

“It is incredibly frustrating,” Teare said. “(Drunk driving), I think, is the greatest danger to citizens in Harris County and the area. We lead the nation every year. It doesn’t target one socioeconomic group, it doesn’t target one type of person, a profession. It is truly at random, and it can happen at any time of the day or night.”

Who Do You Phone When in an Uber or Lyft Car Accident?
Change can come at a time when you least expect it, including while you’re on your way to an important event, work party or family gathering. Whether you’re the passenger, the driver, or the other motor vehicle involved in an accident involving ridesharing companies like Uber or Lyft, there are certain rights and concerns that are essential to the insurance and claims process. As the industry is still relatively new, the insurance companies are playing catch up to make sure that their policies involve some kind of ridesharing agreement for coverage and options. Thus, it is essential to retain an attorney experienced in handling claims and cases against Uber/Lyft.

At Cardone Law, we have successfully handled Uber and Lyft cases with impressive results. Insurance carriers are well aware of our reputation for aggressively handling car accident and injury claims.