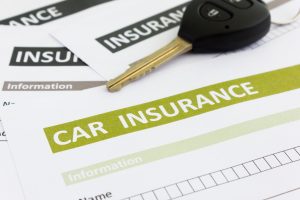 Each instance where someone suffers injuries as a result of an auto accident is unique, but there is one thing that is common in many if not most such accidents, and that is the need to interact with one or more insurance companies in order to get compensation for your injuries. Insurance companies, of course, do not desire to pay out any more in claims that they absolutely must, so getting the payment you deserve may involve several steps, including going to court. Whether your pursuit of payment from an auto insurance company requires going all the way to trial or not, getting the payment you deserve from an insurer is often enhanced by having representation from a knowledgeable and diligent New Orleans auto accident attorney.

Sometimes, a case may even involve multiple insurance companies. J.H. was a truck driver for a Lafayette-based transportation and logistics company and was hurt in a 2013 on-the-job auto accident. When you are injured in an auto accident that took place while you were on the clock, your case potentially can be somewhat complex, because it may involve multiple people and entities. Very likely, you will sue the other driver in the accident and perhaps that driver’s auto insurance company. (If that driver was working at the time of the accident, then the legal action may also include that driver’s employer and the employer’s insurance company.) You may additionally need to name your own insurance company in order to obtain payment under your policy’s underinsured/uninsured motorist (“UM”) coverage, and the insurance company of your employer in order to pursue payment under that policy’s UM coverage, as well.

At first, J.H.’s complaint named the other driver and J.H.’s insurer. Later, he supplemented his filings to include his employer’s insurer. That insurance company sought to get out of the case by arguing that the truck driver’s employer had waived UM coverage in its policy, so there was no potential basis for a payout in this situation.

Even if your employer may have attempted to waive UM coverage, you may still be able to obtain compensation from that insurance company. Louisiana law imposes certain requirements on waivers of these types of coverages, so it’s possible that a company could have signed a waiver but that the waiver it signed did not meet Louisiana’s standards, which would mean that the waiver was not valid and the insurer potentially still could be obligated to pay.

J.H. made that argument and the courts agreed with him. Back in 2008, the court faced a situation similar to this one. In both that case and J.H.’s case, the insurance companies prepared forms that were pre-filled with “N/A” written or printed on them, which left the insured with no opportunity to do anything but to reject UM coverage. Any form that is pre-filled like that is considered “defective” under Louisiana law. When a waiver is defective, then that means that the insurer has a legal obligation to provide UM coverage, which is why the court in 2008 ruled against the insurance company and the appeals court in J.H.’s action also ruled against the insurance company.

Dealing with insurance companies after an auto accident can be more than frustrating, it can be a seemingly endless pile of red tape that ultimately denies you the compensation you deserve. Don’t let that happen. Retain the Cardone Law Firm to represent you. Our diligent Louisiana auto accident lawyers have spent many years helping our injured clients to pursue the compensation they deserve.

The Unfortunate Reality of Insurance & What It Can Potentially Mean for Car Accident Victims, Louisiana Injury Lawyers Blog, Feb. 28, 2018