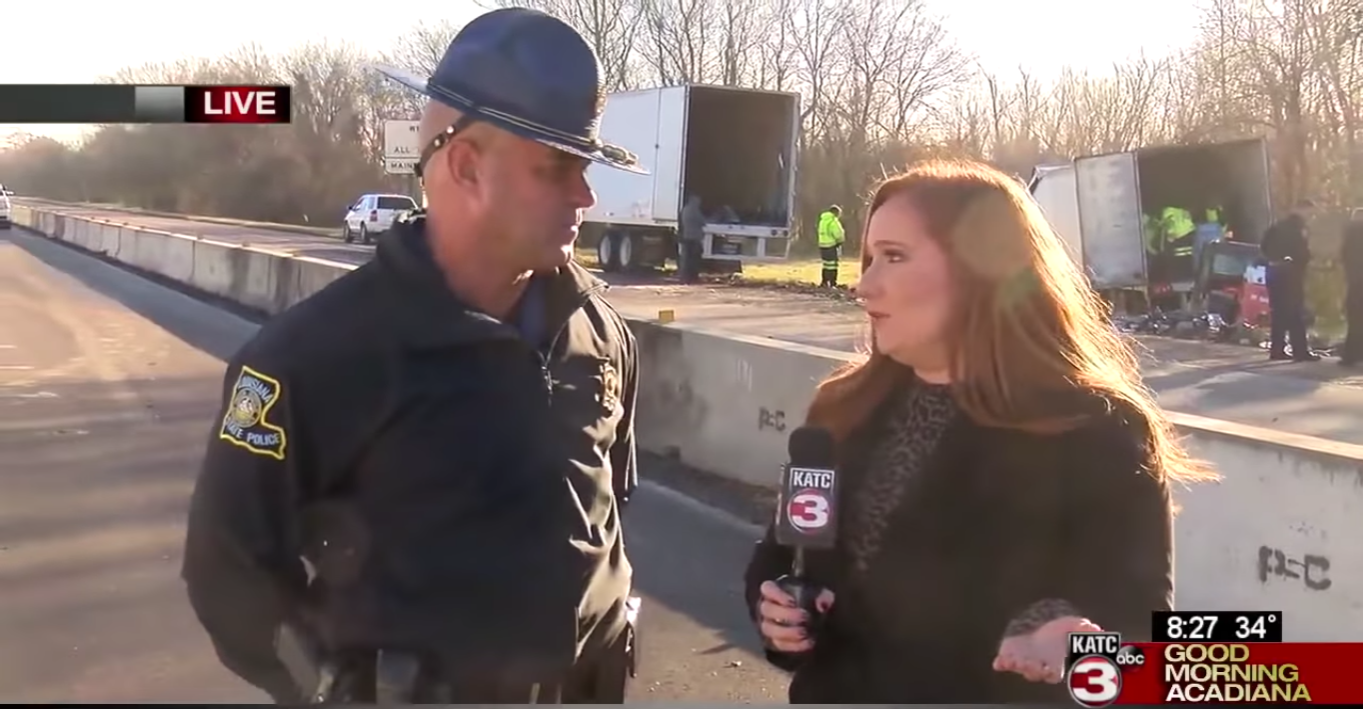 Just after 1 a.m., on January 24th, Louisiana State Police responded to a multi-vehicle accident on I-10 in which two lives were lost.

Details on the Tragic Accident

Preliminary investigation shows that an 18-wheeler traveling east on 1-10 failed to adequately slow down as it approached slow moving traffic in an active construction work zone. Unfortunately, the truck driver smashed into the rear end of a 2015 Dodge Ram, which then caused the Dodge Ram to strike a Ford Escape, which then crashed into the rear-end of a second 18-wheeler. The second 18-wheeler involved in the accident struck the final vehicle in the accident, another 18-wheeler.

In total, five vehicles were involved in the crash.

Tragically, the drivers of the Dodge Ram and the Ford Escape both lost their lives in the incident. They were pronounced dead at the scene of the accident.

Investigations into the crash are ongoing and charges may be filed.

According to the Insurance Institute for Highway Safety Highway Loss Data Institute, there were over 345 multi-vehicle accident fatalities in Louisiana in 2016 and over 16,800 nationwide.

These types of accidents generally occur as a result of: hazardous weather conditions such as heavy rain or fog; vehicles speeding in heavy traffic conditions; distracted drivers who are using cell phones, GPS, or some other electronic that causes them to take their eyes off the road; drunk drivers who fail to follow the rules of the road.

At the Cardone Law Firm, we are dedicated to providing surviving family members with the care and legal guidance they need to ease some of the pressures of losing a loved one. If you have recently lost a loved one as the result of a car or commercial truck accident, please consider the following information about wrongful death claims.

As per Louisiana Civil Code Article 2315.2, a wrongful death claim can be made when “a person dies due to the fault of another.” In the state of Louisiana, only a specific set of family members are allowed to file a claim, and this includes:

It is important for surviving family members or personal representatives to know that the statute of limitations for filing a wrongful death claim is one year. If a lawsuit is not filed within that time frame, then a motion to the dismiss the claim as time-barred will likely be granted by the courts.

Discovering Who Is At Fault

Multi-vehicle accidents, especially those involving 18-wheelers, can become extremely complex as there are many factors that could have caused the incident. Because the legal aspects of a multi-vehicle accident can become convoluted, it is in your best interest to seek the guidance of a qualified wrongful death lawyer to ensure you get everything that is owed to you.

The trustworthy and compassionate team at Cardone Law Firm will do a thorough investigation into who may be responsible for the loss of life. A wide variety of evidence can be collected to determine the party at fault. Often, in a semi-truck accident, the responsibility may lie on one or multiple parties, including:

If you have lost a loved one who was involved in a multi-vehicle accident or a semi-truck accident, know that you are not alone. There is a team of Louisiana attorneys who are dedicated to fighting for your rights.