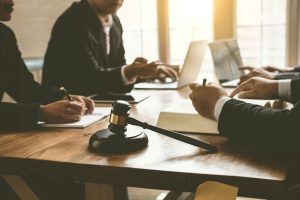 When you go to court seeking compensation for the injuries you suffered in an auto accident, there are a few things you should expect. You should expect a reasonable opportunity to present admissible evidence and make relevant arguments. You should also expect a fair trial decided by an impartial judge. Sometimes, though, what should happen isn’t necessarily what does happen. When it comes to your right to a fair trial in your injury lawsuit, it is best to be sure you have a skilled Louisiana injury attorney on your side protecting you and will know how to act if bias becomes an issue.

Bias by a judge can take many different forms. It can be subtle or obvious. It may involve bias against you or bias against your legal counsel. Whatever it is, if it gives the appearance that it deprived you of a fair trial, it may be enough to get you a new trial.

Take, as an example, the recent case of V.D. from the Lafayette area. She was injured and sued K.W. and her insurance company. She hired a local Lafayette law firm to represent her. This all seems pretty ordinary, doesn’t it?

What wasn’t ordinary were the events of several months prior. In a hotly contested judicial election campaign, a district judge, Judge M.C., ran an ad urging voters to support her and reject the large-dollar campaign contributions from “personal injury lawyers” to her opponent. Judge M.C. won that election.

In terms of “personal injury lawyers,” the negative ad singled out exactly one firm: the firm that ultimately represented V.D. The judge in V.D.’s case? Judge M.C.

‘Would a reasonable person have trust and confidence in the process?’ That is the question.

The ruling in V.D.’s appeals court case said “yes.” The law, according to the appeals court, requires that a judge not sit in judgment over a case if, by staying, the judge would create even the “appearance of impropriety.” In other words, there doesn’t have to be hard evidence of actual bias. The correct question to ask is: “Would a reasonable litigant think that the judge was less than impartial?”

The court’s opinion stated that the ad was just too negative and too pointed for a client in V.D.’s shoes not to be concerned about the fairness of her trial. Taking into account “the optics, the tone, timing and wording of the ad, it is implausible that this client, or any reasonable client under the circumstances, could have trust and confidence in the impartiality of the trial judge when the sitting trial judge hearing her case has published such an ad directly naming and attacking her attorneys,” the court wrote.

In V.D.’s case, the issue was disparaging things said out of court about the plaintiff’s lawyers. In your case, though, it may hit even closer to home. Your judge may say things out of court, or even in court, that appear to demonstrate that your judge is biased against you. Every person who goes to court is entitled to feel that she received a “fair shake.” If the judge creates an atmosphere that gives off the appearance of unfairness, then you need knowledgeable lawyers working for you who will know how to respond.

For determined representation upon which you can rely, talk to the Cardone Law Firm and our highly trained Louisiana car accident attorneys. We have many decades of experience handling a full range of vehicle accidents, including car accidents, commercial truck accidents and bus accidents.