Distracted Driving not only ruins vehicles, it ruins lives. Adam Miller was born in July of 2003. His mother Cheryl said he was loud, exuberant and loved trains. “It was wonderful to see him set up the whole train set … and make all the different shapes,” she said. “And he would watch the engine pull the rest of the train along.” By the time he began Kindergarten Adam became a big brother to little Eli. He fell in love with school and wanted to be a teacher. On November 15th 2008, a flat tire left Adam and his dad on the side of Plainfield-Naperville Road. Distracted driving simultaneously occurred by an approaching vehicle as the driver bent down to pick up a cigar wrapper. He didn’t spot the father-son duo’s parked vehicle on the side of the road. 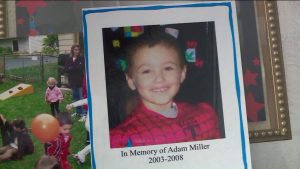 Adam lost his life at 5-years-old when another driver rear ended their parked car going 55 miles an hour. Adam was laying in the bed with machines,” Miller said.  “(The doctor) came in and told he me was brain dead.”

“They interviewed (the other driver) and he said he never saw the car,” Miller said. “He said that a unlit cigar still in its wrapper had fallen off the passenger seat and he was bending down to pick it up and that’s why he didn’t see.” That driver received two tickets; one for speeding another for failing to prevent an accident.

“I was basically outraged,” Miller said. “How is this possible that my son is dead and there’s no there’s no accountability?” Over the years, the Millers has been instrumental in getting distracted driving laws on the books.

Today Adam would be nearly 16-years-old. He will never learn to drive but hopefully his life story will teach others to do it more responsibly.

Distracted Driving Deaths – Why “IT CAN WAIT”

How many people die each year due to distracted driving? Roughly, nine people were killed and more than 1,000 injured daily in accidents in which at least one driver was distracted.

A Lot Can Happen in an Instant

In the United States, 25 percent to 50 percent of motor vehicle accidents are directly linked to distracted drivers.

In fact, driving while stressed is an extremely common type of distracted driving that can have detrimental consequences. Stress will often prevent you from focusing on the road and limit your situational awareness, therefore making it more likely to become involved in a vehicle crash.

Aside from stressful/emotional driving, other forms of distracted driving include: 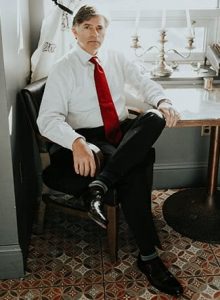 Distracted driving — including texting while driving — is the cause of more than 58% of crashes involving teen drivers.

Filing a Personal Injury Claim After a Motor Vehicle Accident

The best action to take when involved in a car accident caused by a distracted driver would be to hire an experienced attorney that can help you navigate through complex traffic law and the intricate details regarding your car accident. Even though a lawsuit isn’t often necessary, a competent attorney can help negotiate a fair settlement for your personal injury claim.

Cliff Cardone has over 40 years of knowledge and experience with car accident litigation, and this will be largely beneficial when you’re filing a claim against an insurance company with expansive resources.

A New Orleans Law Firm You Can Trust

When an unforeseen car accident causes injuries to you or a loved one, you need a lawyer that has the proper knowledge of pertinent laws and procedures that may have an affect on your case. This is where someone with Cliff Cardone’s 40 years of car accident experience can help.

At Cardone Law Firm, we will handle your car accident claim in a professional and compassionate manner. For a free consultation, PHONE CARDONE today at 504-522-3333.