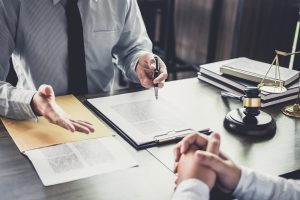 You’ve probably heard the phrase “trial strategy.” Trial strategy involves making certain legal or procedural decisions in order to take maximum advantage of the facts or the law surrounding your case. But how much does trial strategy really matter – aren’t most all trials generally the same? The answer is a resounding “no.” Each trial has its own unique twists and turns. Even if most were similar, would you want to gamble the compensation you need on your case not being one of the unusual ones? Protect yourself by making sure you have a knowledgeable Louisiana injury attorney on your side to protect your rights no matter how ordinary or extraordinary your case is.

First off, when it comes to trial strategy, there is the selection of the defendants you will name in your lawsuit. It is very important to make sure you’ve named any person or entity who might owe you compensation. That’s especially true in auto accident cases, where there may be multiple insurers who are responsible for paying for the harm you suffered. In this case, the two injured plaintiffs sued the other driver, whom they alleged caused the crash, the other’s driver insurance company and their own insurance company. They named their own insurer because they had uninsured motorist coverage with that company.

Sometimes, there may be certain relevant facts about which both sides can agree, even in a case that’s going to trial. A trial strategy that can help in this scenario is something called a “joint stipulation.” In a joint stipulation, you and the other side acknowledge certain facts to the court and agree to be bound by those acknowledgments for the rest of your case.

That stipulation and that dollar amount were significant because the injured plaintiffs intended to exercise another trial strategy. The other driver’s insurer had submitted a demand for a jury trial to the court, and the injured plaintiffs sought to have the jury trial demand thrown out. This might sound unusual as, in many situations, injured plaintiffs seeking compensation in court often prefer to try their cases before juries, but a jury trial may not always be the most advantageous for every plaintiff. When it’s not the best avenue, skilled counsel can help you utilize proper strategies to avoid it.

The Court of Appeal concluded that the injured plaintiffs had exercised their rights properly and were entitled to have the defense’s jury trial demand struck down. None of the plaintiffs’ claims against any of the defendants was in excess of $50,000 (as established by the stipulation) and, under Louisiana law, that was all they needed to show in order to have the jury trial demand thrown out.

If you have experienced counsel on your side, your attorney will have many tools in his/her legal “toolbag” that he/she can use to help give you the best possible chance of a positive outcome. To ensure that your case gets the effective representation it deserves,