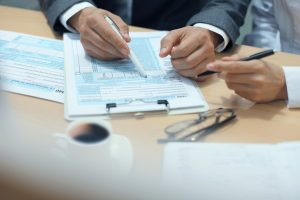 In your auto accident injury case, you’ll likely face many types of opposition from the other side. They may argue that you do not have enough evidence to have a valid case, that you’ve sued the wrong party, that the court lacks jurisdiction to rule for you, or that you’ve fallen short of procedural requirements, such as filing deadlines. Whether the potential hurdle placed in your way is jurisdictional, factual or procedural, it is important to have a skilled advocate on your side to overcome that hurdle. For this kind of representation, be sure to rely on a skilled and experienced Louisiana injury attorney.

One type of filing deadline with which many people are familiar is the statute of limitations. There are actually many other deadlines, depending on the circumstances, imposed by the statutes and the court rules. These deadlines are very important, because missing even one may be enough to cause the dismissal of your case, meaning you receive no compensation.

Meeting those deadlines often requires having a clear understanding of when those time periods start running. The injury case of S.F. from Ouachita Parish is a good example. S.F. and her minor son, H.F. were involved in an auto accident with E.R.M. The mother sued E.R.M. and his auto insurer in February 2014 and, by March of that year, had reached a settlement regarding the claims made on behalf of the child.

That left only S.F.’s claims on behalf of herself. The case progressed slowly through the pre-trial process for a year. Then, from 2015 to 2018, nothing happened. In 2018, the mother’s attorney asked to set the case for trial. The defense attempted to get the case thrown out based on the argument that the mother had engaged in what Louisiana laws calls “abandonment” of the case by virtue of S.F.’s having taken no action from 2015 to 2018.

The mother argued that the request to set the case for trial was done promptly enough to prevent a valid argument of abandonment. The appeals court agreed with her. The specific Louisiana rule that covers abandonment of a case says that a plaintiff’s civil lawsuit can be dismissed for abandonment if the plaintiff fails to take any step to advance the case “for a period of three years.”

Determining when the true deadline was

The appeals court ruled that the submission of the release form was an act of formal discovery that did qualify as an act of advancement of the case. That meant that the May 21, 2018 filing was on time, that the mother had not abandoned her case and that she was entitled to go forward with her pursuit of compensation.

Reading the facts of this case, you might wonder why the mother and her legal team waited until the last day (May 21, 2018) to request that the case be set for trial. There are actually many good reasons, ranging from seeking additional factual information about the case to a need to change attorneys. One common reason is ongoing settlement negotiations. A plaintiff, as part of the settlement negotiation process, might promise to delay asking the court to set the case for trial as long as negotiations are ongoing. In that scenario, the plaintiff might wait until the last day in an effort to work out a settlement.

Regardless of the reason, the black-and-white truth is that the law gives you three years to take additional action advancing your case. This rule, just like the rule that governs the statute of limitations, requires an in-depth knowledge of the law to know when that time period “clock” starts running.

For knowledgeable and effective legal representation, reach out to the Cardone Law Firm and our highly experienced Louisiana injury attorneys. We have many decades of experience handling a wide array of vehicle accidents cases  and are ready to help you get the results you deserve.