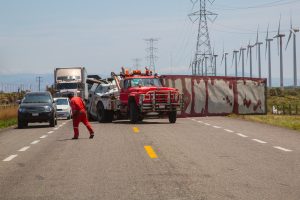 One of the most horrific news headlines is one regarding the loss of a child in an accident. Whether it is a fall, a drowning, a gun accident, an auto accident or some other reason, the result is always tragic.

This is true whether the child is 17 years old, 7 years old or 7 months old. However, the pain and suffering can be especially grueling for a family that loses, due to an auto accident, a child that never even made it to birth. While no court judgment can ever repair that wound, a damages award may provide needed aid in helping a family facing the financial crush of medical and/or funeral expenses, among other harms caused by the accident. To be sure you are getting from the legal system what the law says you should, be sure to reach out to a skilled Louisiana injury attorney.

An unfortunate example of that type of loss occurred recently in rural south central Louisiana and was covered by KATC. At an intersection of two highways in Jefferson Davis Parish, a driver drove his Ford F650 truck into a pickup truck driven by 21-year-old S.B.H., who was seven months pregnant at the time. The work truck struck the pickup on the driver’s side and caused the woman’s pickup to go off the road and roll over onto its roof in a grassy area. (The force of the impact was so great that the work truck also went off the road and into a ditch.)

The work truck’s driver, as well as a passenger in the woman’s pickup, suffered minor injuries. The expectant mom and her unborn baby died as a result of the crash, even though S.B.H. was wearing her seat belt, according to the report.

Hopefully, your family will never face a situation like that of S.B.H.’s family, but if you do, it is important to know that the law does allow for certain recourse. Obviously, if another person’s negligence while behind the wheel causes the death of an expectant mother, the mother’s family can seek compensation for the damages suffered as a result of her wrongful death. These damages can cover things like funeral expenses, lost income and medical expenses (because, even when an injured person doesn’t survive, her medical care may have been extensive and her medical expenses may be in the tens or even hundreds of thousands of dollars,) in addition to the pain and suffering she endured before her death.

If this kind of accident claims the life of the unborn child, the family can potentially receive damages on behalf of that child. When a negligent party causes the death of a fetus that otherwise would have been born alive if not for the defendant’s negligence, such as this woman’s seven-months-gestation daughter, then the defendant is potentially liable. The fetus was, before being harmed by the defendant’s negligence, alive and fully viable. Louisiana’s Supreme Court has stated that “it would be arbitrary and illogical to reward the tortfeasor with immunity from liability because the tortfeasor injured a viable fetus seriously enough to cause its death” before birth as opposed to after.

Whether it is a parent, a spouse, a child or an unborn child, losing a loved one due to another person’s negligence behind the wheel is heart-wrenching. It also often leaves behind substantial financial stress or even crisis for the surviving family members. To get the compensation you deserve, contact the Cardone Law Firm and our highly experienced Louisiana injury attorneys. We have decades of experience handling a wide array of vehicle accidents cases, including fatal accidents.