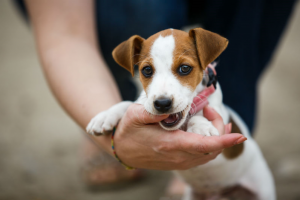 Nearly everyone loves dogs. They are one of the most loving and loyal companions of human beings. But what happens when man’s best friend causes injury to another person or their property?

According to the CDC, there are nearly 4.7 million dog bites that occur each year. Of these accidents, about 17% of victims require medical care. Dogs may attack for many reasons, but most commonly it is to protect themselves or their owner, or they were provoked.

What is considered a Dangerous Animal?

A “vicious dog” is defined as any dog which, when unprovoked, in an aggressive manner, inflicts serious bodily injury on or kills a human being and was previously determined to be a dangerous dog. 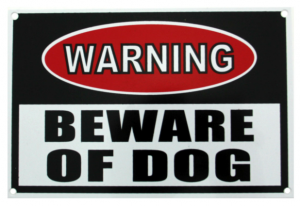 It is the responsibility of the owner to properly restrain or confine the animal. This means that if the animal is on the owner’s property, the animal must be kept indoors or in a secure enclosed area. If the animal is in a public area, it must be restrained by a leash.

If an animal is considered “dangerous” or “vicious”, the owner must post signs around the property where the animal is kept to warn others.

The statute further states, “[n]onetheless, the owner of a dog is strictly liable for damages for injuries to persons or property caused by the dog and which the owner could have prevented and which did not result from the injured person’s provocation of the dog.”

In simple terms, if the injury caused by the animal could have been prevented by the owner and was not a result of provocation, then he or she will be held liable.

When an animal causes any personal injury or property damage, the owner may be subject to criminal liability in addition to civil liability. An owner may be fined up to $300 for failing to restrain any dangerous dog, and if that animal attacks someone and causes injury, the owner can be ordered to pay up to $500 along with the possibility of pending up to six months in jail. 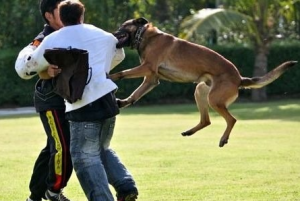 Recently, a 72-year-old Mandeville woman was mauled to death by her daughter’s two pit bulls. She was trying to save her 10-year-old grandson who was initially being attacked by the dogs. The woman’s family said that this was not the first time the dogs attacked her, and they warned her that she needed to put them out before they attacked again and killed her.

The reality is that you never know when a dog’s protective instincts will kick in and they will attack. As a dog owner, it is crucial to abide by the laws and keep any dangerous animal away from others. Not only could it save you from facing civil and criminal liability, it could also spare someone’s precious life.