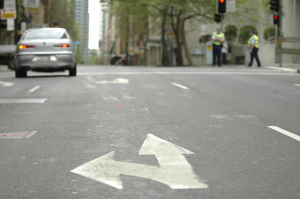 Left turns can be one of the most dangerous maneuvers. Making a left turn requires drivers to cut across oncoming traffic. So if there is no green arrow that explicitly gives the turning vehicle the right of way, the driver of the vehicle must be extremely careful to not cause an accident with any approaching vehicles.

According to the National Highway Traffic Safety Administration (NHTSA), 22.2 percent of intersection crashes involve left turning vehicles. This may be a result of a driver misjudging the speed of an oncoming vehicle, obstruction in view, attempting to beat the yellow light, or running a red light.

Interestingly, UPS drivers avoid making left turns unless it is absolutely necessary to do so. The company’s routing software concluded that making a left turn wastes time and money. Only ten percent of their truck’s turns are to the left. This tactic has saved UPS drivers from many delays and injuries (and from wasting fuel from waiting for traffic to make a turn). While the decision to only make right turns is not solely based on safety concerns, it has certainly kept them from being involved in many avoidable accidents.

Who is Liable for an Accident?

Generally, the vehicle that makes the left turn is presumed to be responsible for causing an auto accident with an approaching vehicle traveling on a straight path. The only common exceptions to this is if the oncoming vehicle ran straight through a red light or was traveling an excessive speed while the other vehicle was making a turn.

This presumption of liability typically stands unless it can otherwise be shown that the left turning vehicle was not at fault. 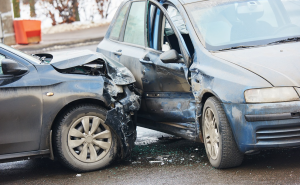 Duties of the Left-Turning Vehicle

According to La. Rev. Stat. § 32:104, the driver should signal his intent to make a left turn at least 100 feet before reaching an intersection to allow other vehicles to know you are making a turn.

In addition, Louisiana Law states that: “The driver of a vehicle within an intersection intending to turn to the left shall yield the right of way to all vehicles approaching from the opposite direction which are within the intersection or so close thereto as to constitute an immediate hazard.” This means that the driver making the left turn must yield to any oncoming traffic in order to avoid an accident.

You should also never speed up to beat the oncoming traffic to make that left turn. This could pose an even bigger risk because the vehicles will be traveling at higher speeds, and the accident may be even more devastating.

Before attempting to make a left turn be sure to yield to any oncoming traffic, stay on the lookout for any cars or pedestrians that may be in the way, and do not make the turn until it is safe to do so.