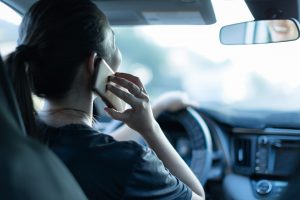 You might hear about (or know someone involved in) a vehicle accident where people were hurt as a result of a commercial truck driver’s negligence behind the wheel. But, sometimes, truck accidents can occur due to the errors of people other than the truck driver. If that describes your case, would you know what to do next?

Just as in any injury action involving a vehicle accident, your case requires having the right proof and the right arguments so that you can hold those responsible accountable and get the compensation you profoundly need. To help you get that done, be sure to seek and retain an experienced Louisiana injury attorney.

R.S. was a truck driver injured behind the wheel whose case recently went before the Court of Appeal. One day in October 2012, R.S. was assigned a job hauling a load of drilling mud from an oil rig. En route to the destination, R.S.’s truck overturned, causing the driver to suffer serious injuries. The injured driver sued multiple defendants, including the owner of the rig, the company whose employee was the supervisor of rig operations and the company whose employee was in charge of disposal of all drilling fluids. His argument was that the load was not safe for the truck he was using and this dangerousness was what led to the accident.

That argument was very important because the existence of a legal “duty” is an essential part of any injury case. While the defense won an initial victory with their argument, the Court of Appeal ruled in favor of the injured driver. The appeals court explained that the driver did have a potential case. The key question the court faced was, when a truck driver hauls a load, is the shipper of the load responsible for an improper loading of the load, or does that legal duty fall upon the party carrying the load?

The answer is that it depends. If the dangerousness of the improperly loaded load was “patent,” then it falls on the driver. If it wasn’t patently obvious, then it potentially falls on the shipper.

In any scenario of this nature, it helps to amass as much potentially helpful evidence as possible for your case. Knowing how to collect and then present evidence can be the difference between getting your day in court and losing your case on summary judgment. In this case, R.S. had evidence that the defendants told him that the load was safe. That assertion, if accepted at trial, had the potential to establish that the dangerousness was hidden, which would possibly allow R.S. to succeed and recover compensation for the damages he had suffered.

In many varieties of injury cases, the difference between success (and a much-needed recovery) and defeat can be the ability to prove things like the concealment of a dangerous condition. Having the right proof, and having it presented in the most effective way, can help you to clear this and other required hurdles. To overcome those hurdles and obtain the damages award you deserve, be sure that you have the reliable legal help your case requires by calling upon Cardone Law Firm. Contact us to find out more about how our diligent and determined Louisiana injury lawyers can help you get the compensation you need.

Louisiana Court of Appeal Upholds $30M Damages Award for a Man Paralyzed in a Collision with an 18-Wheeler, Louisiana Injury Lawyers Blog, Dec. 26, 2017