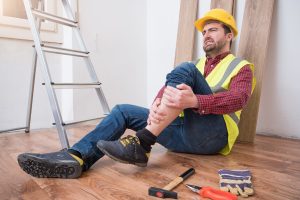 You may not immediately be familiar with the phrase “premises liability,” but you probably are familiar with many of the types of accidents that relate to premises liability. These cases often involve trip-and-fall or slip-and-fall accidents. While these accidents may seem relatively minor, they have the potential to inflict serious and long-lasting damage. If you’ve been hurt in a trip-and-fall or slip-and-fall, the property owner may try to defend itself by arguing that the hazard was obvious and that you should have seen and avoided it. Succeeding in your case will involve not only providing sufficient evidence of your case but also defeating the defenses offered by the property owner. For help and guidance in clearing these and other hurdles in your premises liability case, talk to a skilled Louisiana premises liability lawyer.

One example of an injured person who overcame an “open and obvious” defense was Raymond, a plumber who, in December 2013, was doing work on a new home under construction in Metairie. While at the job site, the plumber fell from a landing of a staircase leading to the second floor of the house, suffering serious injuries in the fall. The plumber sued the homeowner and the homeowner’s insurance company for the damages he had suffered. The plumber’s lawsuit contended that the landing lacked a stair railing and that the absence of that railing was what caused him to fall and become injured.

The homeowner asked the trial court to issue a summary judgment in his favor, which would mean an end to the plumber’s case before he even got to trial. The homeowner’s argument was that he could not possibly be liable to the plumber under Louisiana law because the lack of the railing was an “open and obvious” hazard, which meant that the plumber was obligated to protect himself, and the homeowner was not legally responsible for providing protection.

The trial judge agreed with the homeowner and issued a judgment in the homeowner’s favor. The appeals court, however, overturned that ruling. In order for a defendant to be entitled to a summary judgment and an injured plaintiff denied the opportunity to go to trial, the evidence must be such that, even if the jury believed everything that the plaintiff argued, the defendant would still win. There must be no relevant factual issues that are in dispute.

The homeowner did not have that level of proof. The homeowner had evidence that the plumber knew about the lack of the railing, but, in Louisiana, an injured person’s knowledge of a hazard is not an automatic barrier to winning a premises liability case. In Louisiana, the Supreme Court has made it very clear that making a determination regarding whether a hazard was or was not open and obvious is something that requires focusing heavily on the facts. This means that making a conclusion regarding a hazard’s openness and obviousness is one that almost always should be made by a jury after a trial. Only in situations in which the injured person has offered little to nothing to show that the hazard was not open and obvious should an injured person be denied an opportunity to go forward.

Raymond had various forms of proof, including documentation and deposition testimony, which was ample enough to raise a legitimate argument that the hazard was not obvious. This meant that the homeowner was not entitled to a summary judgment, and the injured plumber was allowed to move forward with his case.

If you’ve been hurt while on the property of someone else, you may have the ability to hold that property owner liable. For answers about your case, contact the experienced Louisiana premises liability attorneys at the Cardone Law Firm. Our diligent lawyers have spent many years fighting for injured people and are ready to go to work for you.