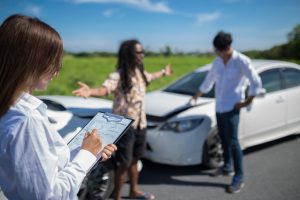 I’ve been injured in an auto accident by a delivery driver driving a car belonging to another person. What is the best way to proceed with my case?

In modern slang or metaphorical language, the phrase “lots of moving parts” or “a lot of moving parts” is considered to be an alternate way of saying that something is complex or has numerous working pieces to manage. Many times, your Louisiana auto accident case can be something that has lots of moving parts. There is the identification of the proper defendants, including possibly the driver, the driver’s employer, the vehicle’s owner and one or more insurance companies. There’s the pre-trial discovery process and the collection of evidence. There’s decision-making like whether to settle or to take the case to a jury verdict. These, of course, are just to name a few.

As with any thing with lots of moving parts, a failure in any of those parts can bring down the whole entirety. That’s why, for your auto accident case, retain a skilled Louisiana injury attorney to ensure all of your moving parts are maintained properly to give you the positive result you need.

An auto accident northwest of New Orleans produced a case that was an example of how one vehicle crash can lead to litigation with lots of moving parts. K.M. was struck by a driver, J.P., who was an employee of sandwich shop. The vehicle that J.P. was driving was owned by a different individual, B.P.

K.M. was not at fault and he was injured in the crash, so he sued. In a case like this, the facts point to the possibility that many people and entities could be liable and owe K.M. compensation. K.M. sued the driver, the driver’s employer, the employer’s auto insurer, the vehicle’s owner and the owner’s auto insurer. He also named his own uninsured motorist insurer. K.M. settled with B.P. and her insurer less than three weeks after he sued. The settlement offer was $25,000, the policy limit on B.P.’s insurance.

Making sure the document you sign doesn’t restrict your options

If you decide to settle with some, but not all, of the defendants in your case, it is extremely important to make sure your settlement agreement is worded carefully. One of the keys is making certain that the settlement you reach with party A and her insurer doesn’t impair your ability to continue forward litigating against parties B, C or D.

In K.M.’s case, his settlement agreement said that he agreed not to sue B.P., her insurer and also “all other persons, firms or corporations who are or might be liable.” After the injured driver signed that contract, the sandwich shop and its insurer sought to be awarded summary judgment in the case, arguing that they were covered by the “all other persons” language in the settlement.

In other words, your ability to sue additional defendants in a scenario like this may come down to the exact wording used in that settlement agreement, so making sure that the document you sign is worded properly is something that is of utmost importance.

When you’re injured in an auto accident, your opponent and his insurer will likely fight aggressively to avoid paying you any damages. Fight back just as aggressively to get the compensation you deserve. Trust Cardone Law Firm and our experienced Louisiana injury attorneys to help you get the outcome you need.