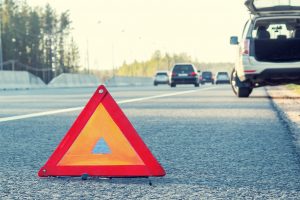 Sometimes you are injured in a crash through absolutely no fault of your own. Another driver does something ill-advised and negligent, and there is nothing you can do to avoid the collision. When that happens, you’ll probably want to seek compensation in court and you’ll likely argue that the other driver was 100% at fault and 100% liable for your damages.

In a case like that, the defendant driver and/or their auto insurance company may argue that you, the injured plaintiff, were actually to blame for the accident, at least in part. All drivers in Louisiana are required to drive at a safe speed, keep a proper lookout and keep their vehicles under control at all times. A defendant driver may try to claim, in an effort to reduce their damages (or avoid them entirely,) that you failed to do one or more of those required things. When that happens, you need an experienced Louisiana injury attorney to help you defeat those arguments.

A recent case originating in small town west of Lafayette is an example. The injured man (A.M.) was traveling westbound on Highway 90 in Rayne. Ahead, A.M. noticed the driver in front of him pulling onto the shoulder of the road. As A.M. got very close to the other car, the driver “quickly pulled back onto the roadway, executing a very wide left turn directly in front of” A.M. The injured man (A.M.) couldn’t stop and crashed into the left rear side of the other driver’s car.

A.M. sued for his damages. In his lawsuit, he asserted that the other driver was totally responsible for causing the crash. The other driver and his insurer argued that A.M. was at least partly at fault.

Presented with that collection of evidence, the jury determined that A.M.’s case was more credible and found the defendant 100% at fault.

Like an exquisite dish, a successful injury lawsuit requires the mixing of many ingredients, all of which are essential. And, just like creating a brilliant dish, litigating an injury action successfully often requires the knowledge and skill that comes with experience. If you’ve been hurt in an accident, trust your legal case to Cardone Law Firm and our highly experienced Louisiana injury attorneys. Reach out to discover how we can help you achieve the results you need.