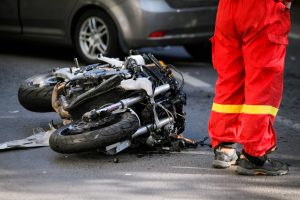 One case in which the courts decided that an injured driver was entitled to pursue both the other driver and another entity was the case of Robert, a motorcyclist traveling near Shreveport. Robert was driving along a two-lane stretch of a Louisiana state highway when he was involved in a serious crash. The highway intersected with a street in the form of a “Y” intersection. At that intersection, Shauntal made a left turn. That turn placed her in the path of Robert’s motorcycle, and Robert crashed into the passenger side of Shauntal’s car.

In some situations, an accident like this might involve simply suing the at-fault driver (Shauntal) and her auto insurer. In other circumstances, though, the facts may indicate that an opportunity exists to pursue more parties than just those. Robert’s case was one of those instances. In addition to suing Shauntal and her auto insurer, Robert sued the state Department of Transportation and Development. Robert’s case asserted that the Y-intersection where his crash took place was dangerous and that the department either knew or should have known that it was dangerous, but the department did not warn motorists and did nothing to fix the problem either.

The department’s defense was that it was not to blame and that the crash was solely a result of Shauntal’s negligence in steering into Robert’s path.

Robert, however, had proof that indicated otherwise. The intersection where the accident occurred was constructed at a 20-degree angle. The size of this angle made it prone to crashes involving left-turning drivers like Shauntal, according to Robert’s expert witness, a traffic operations engineer. The expert witness also pointed out that the American Association of State Highway Officials had, for more than 50 years, warned about the dangerousness of intersections with angles as acute as the one where Robert and Shauntal collided.

The trial court threw out Robert’s case against the department, but the Court of Appeal concluded that he was entitled to proceed to trial. The law requires the department “to correct conditions existing on old highways that are unreasonably dangerous.” Even though Robert’s expert witness never expressly said that the intersection at issue was unreasonably dangerous, he did testify that there was more than a half-century of notice related to the dangerousness of intersections like this one, and the construction of this intersection was a factor in the crash. That testimony was enough to allow a jury to infer, even in the absence of an explicit statement by the expert, that the intersection was unreasonably dangerous and the state liable to Robert for his damages.

So what should you take away from this? There are many nuances and details in any intersection collision case that may create additional opportunities to get the full amount of compensation that you deserve. Each case is unique and may offer unique options to utilize the legal system to your fullest benefit. To make sure your case has the representation it needs, talk to the skilled Louisiana motorcycle accident attorneys at the Cardone Law Firm. Our team has been helping injured people in Louisiana for many years.

What to Do if You’ve Been Involved in a Car Accident with a Government Vehicle, Louisiana Injury Lawyers Blog, April 16, 2018

Louisiana Court of Appeal Upholds $30M Damages Award for a Man Paralyzed in a Collision with an 18-Wheeler, Louisiana Injury Lawyers Blog, Dec. 26, 2017