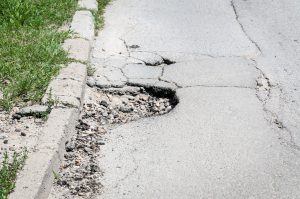 Louisiana law is clear that, in order for a hazard to be considered legally “open and obvious,” such that it would allow a property owner to avoid fault in a premises liability case, the dangerous condition must be open and obvious to “everyone who may potentially encounter it.”

On that basis, the appeals court ruled in favor of Carol. The key was visibility. The court directly stated that a hazard “must be visible” in order for it to qualify as an open and obvious condition. Although Carol did not have evidence explicitly stating that the broken concrete was not visible, she did have proof that it was well after sunset when she fell and that a large vehicle cast a shadow over the area of broken concrete. The neighbors had nothing to prove that the area was visible, so the visibility of the accident area was an ongoing item of factual dispute, which meant that Carol’s case should proceed to trial.

Carol was able to go forward because her legal team persuaded the courts that the neighbors weren’t entitled to summary judgment. Sometimes, achieving a successful result in a personal injury case can mean having to clear many hurdles. If you or a loved one has been hurt in a trip-and-fall or slip-and-fall accident, contact the hardworking and skilled Louisiana premises liability attorneys at the Cardone Law Firm. Our knowledgeable lawyers have spent many years fighting for injured people and are here to go to work for you.