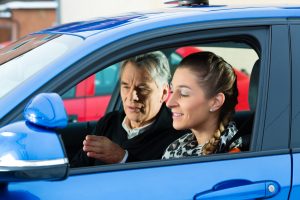 A recent case from Lake Charles demonstrates how true this is. Here’s what happened: M.B. and his father, R.B., were working on the water well at M.B.’s Lake Charles home. M.B. asked his father to take his truck and go to a local home improvement store to get the needed items. While at Lowe’s, R.B. ran into a friend in need of a ride home. While transporting the friend home, R.B. was rear-ended by K.H. R.B. allegedly suffered serious injuries in the accident.

In this accident, M.B.’s employer owned the truck that R.B. was driving when the crash happened. R.B. pursued a claim against that company’s auto insurance; specifically, its underinsured/uninsured motorist coverage. The insurance company opposed payment vigorously, contending that it had no obligation to pay because R.B. was not something called a “permissive driver.”

Implied permission was the key to the injured driver’s success

In R.B.’s case, he had proof that the son’s employer allowed the son to use the company truck both for business and for personal uses. Given that evidence, and given that the father was living with the son, it was reasonably foreseeable that the father would drive the truck. “Even the written policies [M.B.] signed contemplated personal use,” according to the court. This all meant that his proof of implied permission was sufficient and R.B. was entitled to the judgment in his favor that he received from the trial court.

What you can take away from this case is that there may be more avenues than you’d think for pursuing a complete recovery from your rear-end accident — including uninsured/underinsured motorist coverage — and that insurers will often battle aggressively to avoid payouts. All of these things display why diligent counsel is so important for you. For skilled and determined representation, reach out to Cardone Law Firm. Contact us to find out more about how our skilled Louisiana injury lawyers can help you take on those liable to you and get the compensation you deserve.